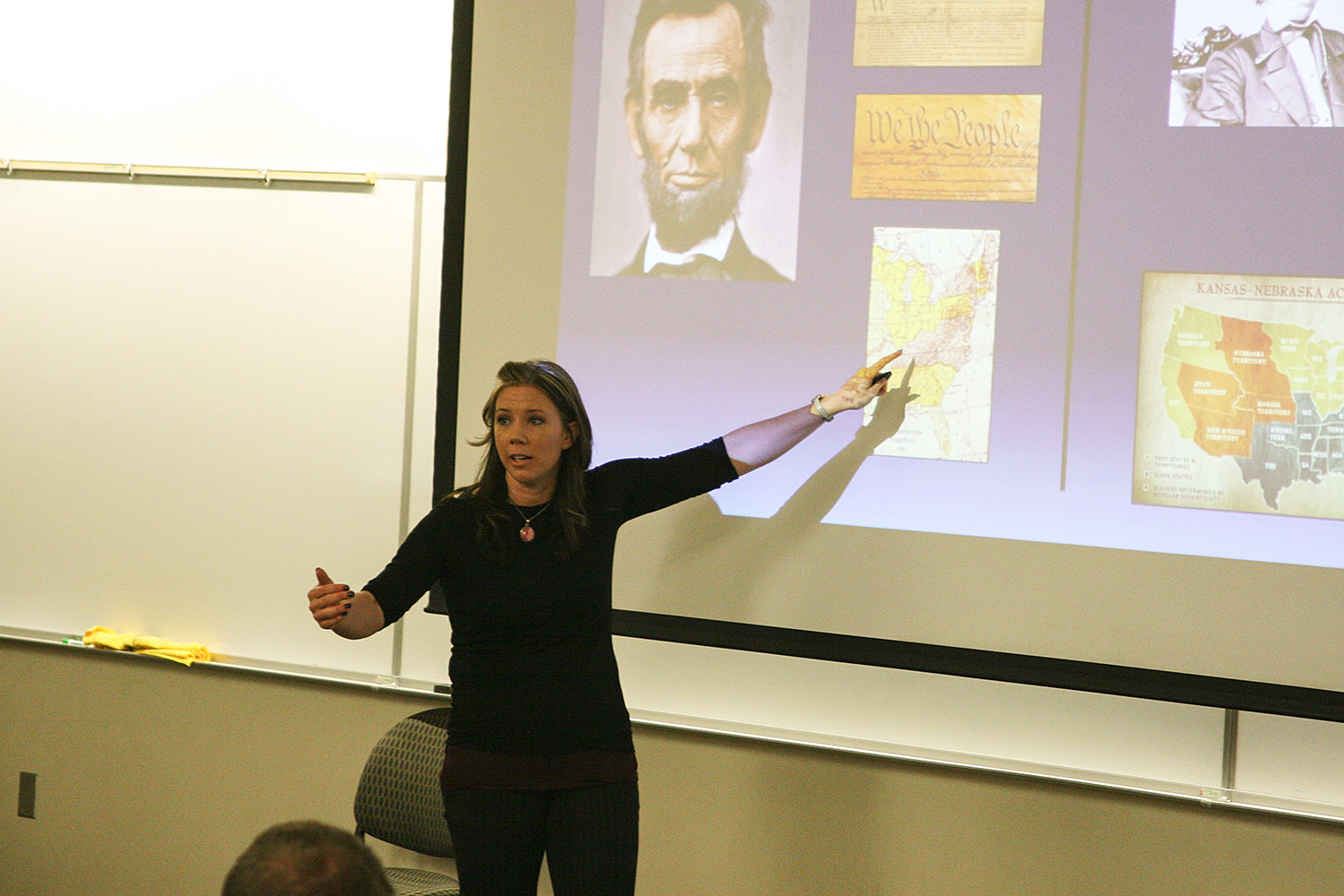 Riverside, Calif. (Sept. 18, 2019) – Political systems and the ideas about justice have enormous power to shape the character and the way of life for individuals living under them, Dr. Christina Villegas told an audience at California Baptist University on Sept. 17.

Villegas said the Declaration of Independence includes “self-evident truths,” which focuses on the idea of natural human equality. However, the protection of those rights might seem incompatible with a government by consent, she added.

“The solution was a constitutional republic,” Villegas said. “American constitutionalism is rooted in the idea that individuals have rights that should not be repealed by human laws and that a constitution should be adopted to limit the scope of democracy.”

To achieve the goal of establishing a government based on consent that also protects rights, the American Constitution rests on the principal that state power should be limited in scope and non-arbitrary in character, Villegas said.

“If government is going to protect rights, it needs to be limited in such a way that it doesn’t become a threat to those rights,” Villegas said. “A non-arbitrary government is one that doesn’t pick and choose which groups it wants to protect from injury but protects all those under its jurisdiction through a blind, equal and consistent execution of the law.”

Villegas said these principles have faced challenges over the years. She said one of the first major challenges was equal natural rights and slavery. Today, many intellectuals and politicians fractionalize individuals into social identity groups, whether on the basis of class, gender or race, etc., she added.

“An unfettered state that starts favoring individuals based on their membership in a particular class starts to deprive them of their claim of rights outside of their identity with that class and therefore it ironically threatens the equality and the rights of all men and women,” Villegas said.