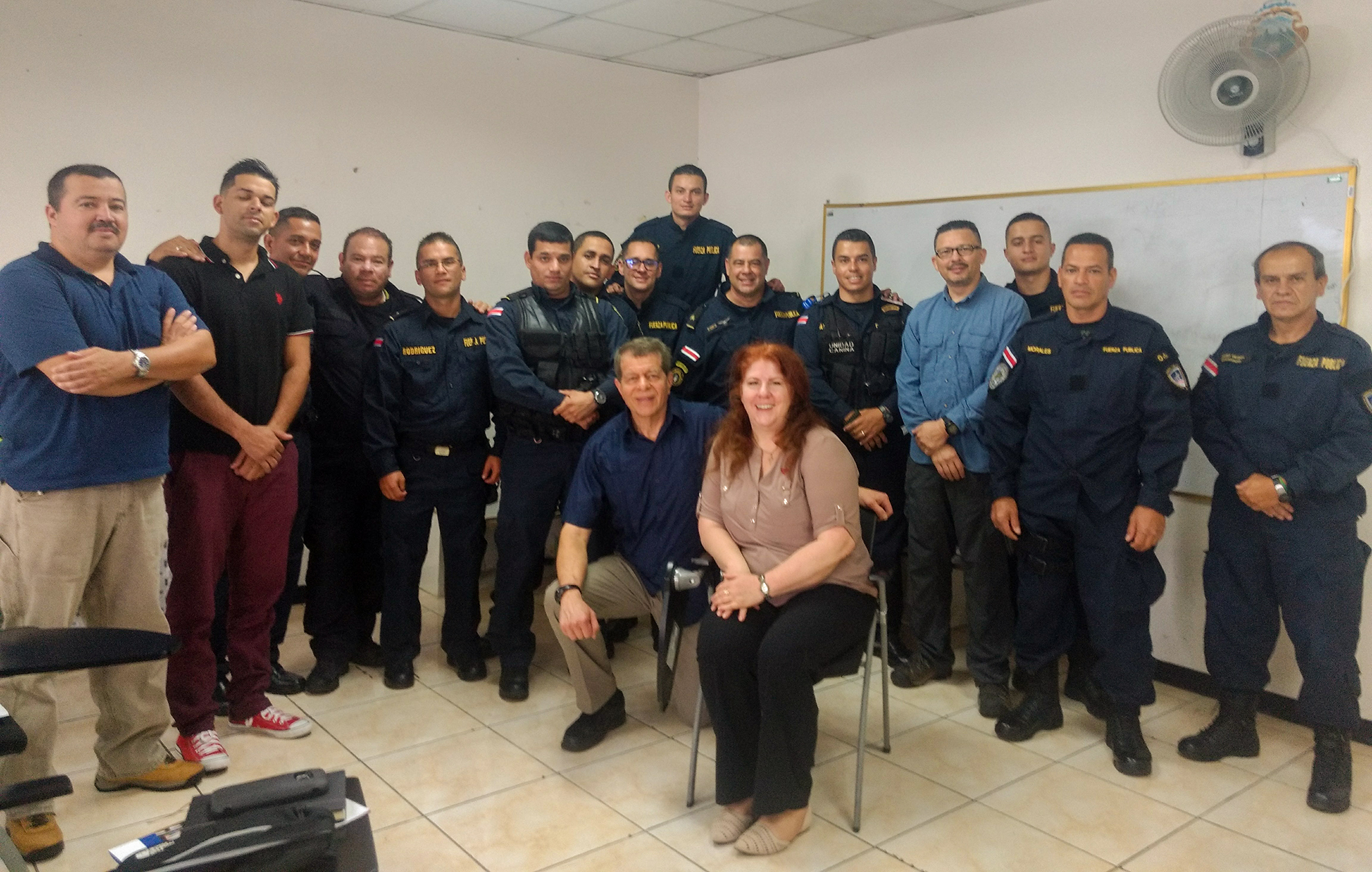 Riverside, Calif. (March 27, 2018) — Candace Gruber (’93) sees leadership training as an opportunity to fulfill the Great Commission calling she became familiar with at California Baptist University. On March 11-15, 2018, Gruber and a team of more than 250 certified coaches from the Maxwell Leadership Foundation participated in a national leadership education project known as “Transforming Costa Rica.”

The Maxwell foundation is a nonprofit organization that aims to instill leadership values and principles through seminars. President Luis Guillermo Solis of Costa Rica invited the organization to train civilian leaders, community leaders, law enforcement and others.

Gruber, a project management analyst for the University of California, Riverside, said all of the trainers paid their way to Costa Rica. Additionally, the training sessions were offered at no cost to the participants.

“I always wanted to do missional work,” Gruber said. “This was an opportunity for me to connect and serve people beyond my country.”

One training assignment that Gruber oversaw was with a police force. Costa Rica does not have a military, so police handle many of the duties that the military would normally face, Gruber explained.

The Maxwell foundation stresses living out key values and making them a foundation of an organization, Gruber said. Those values include having a positive attitude, becoming a good listener, taking responsibility for one’s actions, being committed, learning to forgive and have a light heart, and being introspective.

“They were really open and into the concepts,” Gruber said. “At the end of the session, a lot of them didn’t want to leave and they stayed around to chat about what they were learning.”

“As a leader, I’m not really teaching—more like facilitating. I’m getting my group to open up, read the material, rate themselves and also share what has worked in my life,” Gruber said.

Gruber also led a session with the mayor and other community leaders in the city of San Mateo.

“It went really well. The group was very enthusiastic. They wrote down all the values and even set up a follow-up meeting,” Gruber said.

“My observation from my time over there was that they were hungry for growth, hungry for answers.”