Accolades Mounting For CBU Basketball Teams As They Head Into Playoffs 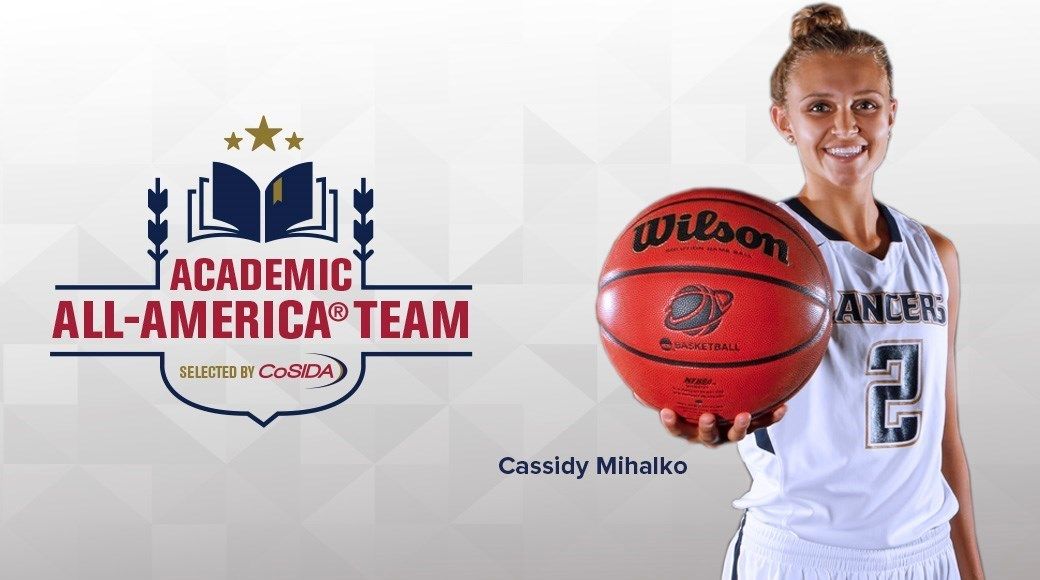 RIVERSIDE, Calif. (March 3, 2016) – After a successful regular season for the women's and men's basketball teams at California Baptist University, the fruit of their efforts are being recognized.

The women's team recently received a No. 3 national ranking from the USA Today Coaches poll after finishing the year with a 27-1 overall record and a 19-1 mark in the Pacific West Conference. Jarrod Olson, head coach for the women's team, was named PacWest Coach of the Year. Cassidy Mihalko, shooting guard who averaged a conference-best 20.1 points per game, earned a PacWest Conference first team recognition. She was also awarded the 2015-2016 CoSIDA Academic All-American Division II award that recognizes student-athletes across the United States and Canada as top student-athletes for their combined performances athletically and in the classroom.  Mihalko's teammates Kamille Diaz and Courtney Nelson received All-PacWest second team recognition.

The women's squad is riding a 20-game winning streak heading into the conference tournament. Since CBU and APU shared the regular-season conference crown with identical records, CBU is guaranteed a first-round bye in the PacWest Tournament, which starts Thursday. They will host the winner of Point Loma Nazarene University and Academy of Art University on Friday, March 4, at 2:45 p.m. at Concordia University.

After finishing tied for first place in the PacWest standings and tying its record for 24 wins in a regular season, No. 18-ranked CBU men's basketball team put three Lancers on the All-PacWest team, with one picking up the coveted award as the top player in the conference.

Junior guard Michael Smith was named PacWest Player of the Year. He led the conference in scoring with 20.6 points per game, netting 20 points or more in 17 contests. He also received All-PacWest first team recognition.

Gelaun Wheelwright joined Smith on the first team, his second-straight, first-team honor after being named Newcomer of the Year last year. The senior guard finished the regular season with a 16.7 points per game average, scoring 10 or more points in 24 games. Jordan Giusti rounded out the trio on the All-PacWest team, picking up Honorable-Mention recognition.

The CBU men's team starts its run for a PacWest Conference Tournament title on Thursday, March 2, opening against Dominican University at 12:30 p.m. The game will be held at Concordia University, with CBU looking to win its first tournament title since becoming eligible during the 2013-14 season.