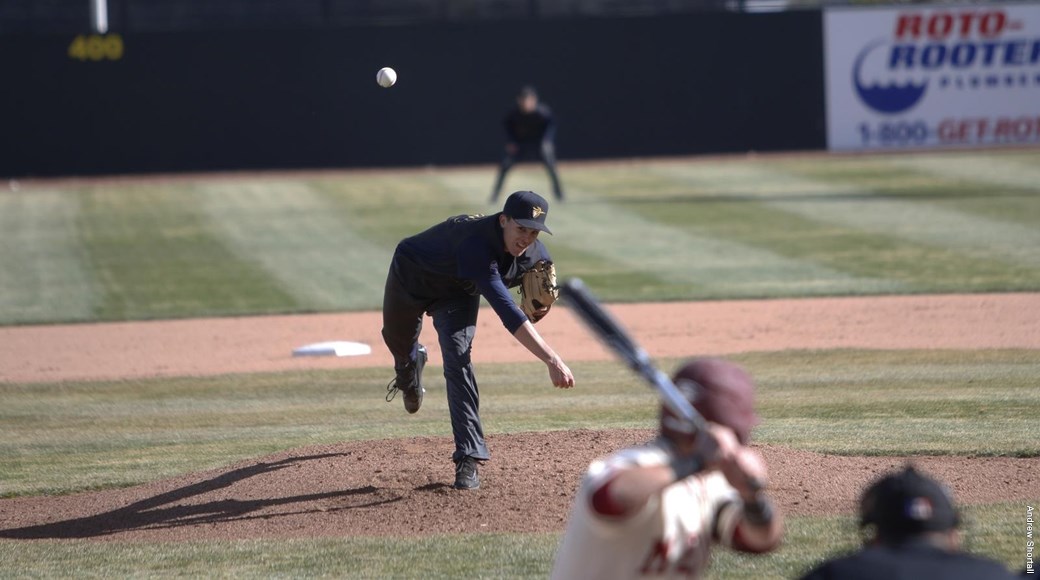 Riverside, Calif. (March 24, 2017) – Lancer ace Garett King, threw a no-hitter, the first in the NCAA era for California Baptist University, as the Lancers beat the Academy of Art University 3-0 on March 23. King faced the minimum 27 batters and set another CBU NCAA record by striking out 15 batters.

"This is first no-hitter I've ever had, high school or little league, included. It's really amazing, just one of those moments I won't forget the rest of my life," King said.

King used just 92 pitches in CBU's first complete game of the season. His 15 strikeouts was the most a Lancer recorded in a single game since Taylor Siemens punched out 16 against La Sierra University on February 15, 2011. King had control most of the game as he never found himself in a 3-2 count and only had one 2-2 count the whole game.