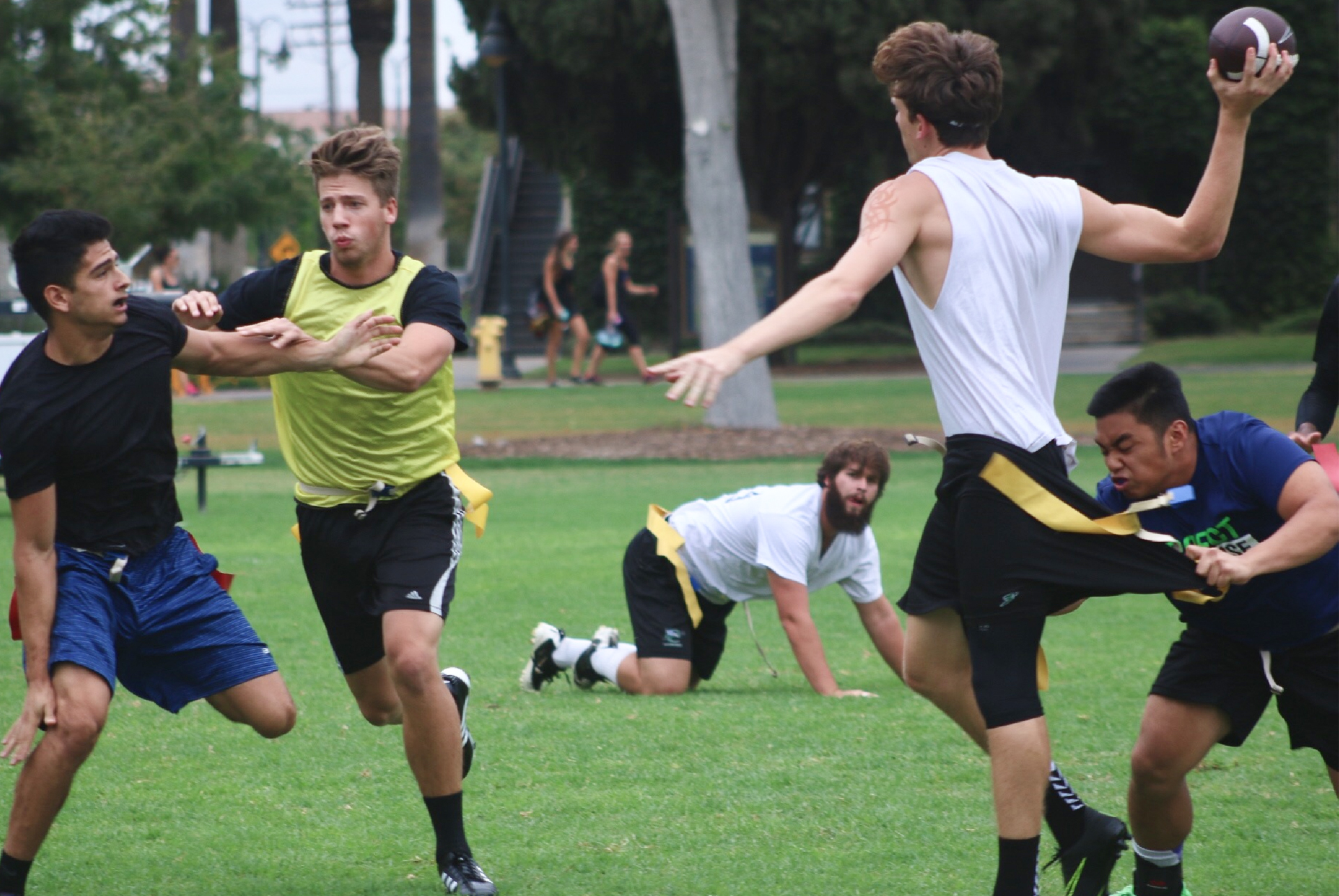 Riverside, Calif. (Sept. 20, 2016) – The quest for the 2016 Fortuna Bowl Trophy kicked off Monday afternoon on the Front Lawn at California Baptist University.

Flag football is the most popular intramural sport at CBU. This year’s 26 teams–14 men’s and 12 women’s—represents the largest number ever to chase the coveted Fortuna Bowl Trophy in a single season. This year also marks the 25th anniversary of a championship presentation.

Tyler Cox, director of recreation programs, said he is planning something special for the Fortuna Bowl Championship games.

“Stay tuned for some surprises that will revolve around the silver anniversary theme,” Cox said. “Additionally, we will be reaching out to some alumni who have played flag football in the past and welcome them back in style.”

Cox said that the leagues help students build friendships and a sense of community on campus. Additionally, the teams are all very competitive.

Last year’s Fortuna Bowl champions were the Goon Squad for the men’s league and the Bombshell for the women’s league. Both teams return this year to defend their titles.

Cox said that more than half of the squads are legacy teams, meaning they have been continuing teams and, in some cases, have been around for more than a decade.