"There are many things to love about my job. I think one of the things that keeps me coming back is just the love of the game. I really enjoy being in a team atmosphere and being able to have a part to play in the success of a team."

Why did you become an athletic trainer?
I played baseball in high school and since then, I really became a fan of the game during those years. Before I had attended undergraduate school at California State University East Bay, I never knew what an athletic trainer was, I never knew there was such a job. I knew I loved the game of baseball, and I was always encouraged to seek out a job in healthcare whether by friends or relatives. I was looking for a career that would spark my interest in both worlds. So, I found out about athletic training. Right then, I quickly changed my major from liberal studies to kinesiology and physical education and never looked back.

How did you get where you are now?
I am where I am today by the grace of God. He has ordered every step of my life, and I give Him all the glory for the things He has done. In the spring of 2011, I was fortunate to be able to work as an athletic training intern during spring training, for the entire minor league side of the Atlanta Braves organization. Shortly after spring training, I received a phone call from the Braves and was offered a part-time assistant ATC job. Since then, I have just completed my second year as a part-time assistant and am pleased to be able to share with you all that I have recently been promoted to a full-time ATC position with the short season rookie ball club, Danville Braves, of the Atlanta Braves minor league farm system.

Describe your current position/job responsibilities.
I currently manage the healthcare of the Danville Braves. My responsibilities include but are not limited to: first aid care, injury evaluation, minor rehab, physician referrals, inventory and purchasing of medical supplies, team expense reports, and medical documentation.

What do you love about your job? What keeps you coming back?
In my opinion, there are many things to love about my job. I think one of the things that keeps me coming back is just the love of the game. I really enjoy being in a team atmosphere and being able to have a part to play in the success of a team. I enjoy having a part in the healing process of an injured player, and I do find a sense of accomplishment when they rehab back to full participation.

What are the similarities/differences between your setting and the AT experiences you received as part of the ATEP?
I think one of the main differences between the traditional AT setting and professional sports setting is the quality of athletes, and the speed of the game. Obviously, drafted players are usually the best out of their respective college and universities so at the professional level, the game is much faster, and the athletes are much stronger. Another difference is that I only have to cover one sport, whereas a traditional AT setting at a college or university, there are multiple sports to be covered and usually by one ATC and maybe a few assistant ATC's.

What is your favorite professional highlight from your career so far?
I look back at a few moments in my career so far, and I think of being a student ATC intern for Stanford University football during Jim Harbaugh's inaugural year and bringing the coveted Stanford axe back to Stanford during the big game that same year. I also remember the time I got to be in a minor league camp meeting with Braves great Hank Aaron and Tom Glavine during my internship with the Braves minor league spring training back in 2011.

What is the best advice you have received during your career?
I've received a lot of advice and one piece of advice that has always stuck with me is found in the Bible in Colossians 3:23, “And whatever you do, do it heartily, as to the Lord, and not to men." I have found that having this mindset as a foundation for any work ethic makes for an unshakeable one.

What is your fondest memory of your time in the CBU ATEP?
One of my fondest memories was when our class decided that it would be an awesome prank to totally vandalize Professor Baker's office with Post-its and balloons on April Fool's Day. Of course this would not go over without some sort of consequence. And I think it was the day or week after April Fool's Day, we all came to class and Professor Baker had our entire class believe that one of us had cheated on an exam, and that the entire class was going to be disciplined if the person did not come forward to confess, and also that the individual was going to be expelled from the program. I remember looking around the room and just about everyone's heart sank. We were a very small class at the time and for one of us to be expelled from the program would have been very sad day. Eventually, it was revealed as a prank and everything was just fine.

What was the toughest part of your academic experience?
I think the toughest part of my academic experience at CBU was the clinical rotation. Every time I went to my clinical rotation I felt like I had to know everything and I was very hard on myself if I made a mistake or did not know something I should have known. It took me a while to get used to the idea that, while I'm in the program learning, it is a process, and it requires a lot of time and patience because mistakes will be made; but as long as you take responsibility and do the right thing and learn from it you become better at your job. It was hard for me to understand that I did not have to be afraid to make mistakes while at the clinical rotation because that's what I am there for, to learn.

Any advice you would share for current /young professionals?
There is this saying that goes like this, “In the land of the blind, the one-eyed man is king.” In other words don't sell yourself short. Just because you may not know everything doesn't mean you have nothing to offer to the table. You are a specialized group of healthcare professionals that know more than just how to tape an ankle or set up a water cooler. The fact that you know the 30/2 rate for CPR is more than what a majority of people on the planet know and it may be able to save a person’s life. So be confident in what you know but yet remain in a state of being teachable. Have a teachable spirit about you. In other words, “Never stop learning,” always be quick to actively listen to what others have to say first before you speak or do what you think or know. God may want to answer a question you've had about a situation at work or school or personal life that you've been praying about and He may use a person to do it.

Anything else you would like to say to the Lancer family?
I'd like to personally thank Professor Baker and Dr. MacDonald for taking a chance on me and accepting me into the CBU ATEP, and for giving me this opportunity to share a little bit about myself and my time at CBU. I would also like to thank my parents, James and Maria Luat, for the love and support that they have given me. I know that I am blessed because God says so in Jeremiah 17:7 and 8, but I feel blessed because of the continued love and support of my parents. 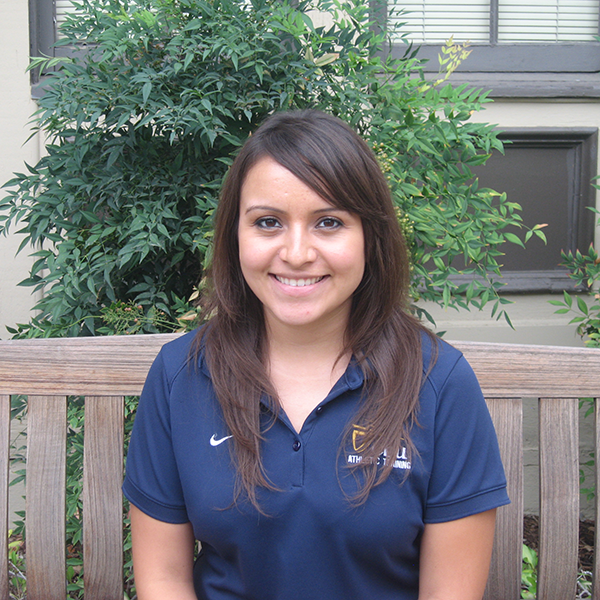 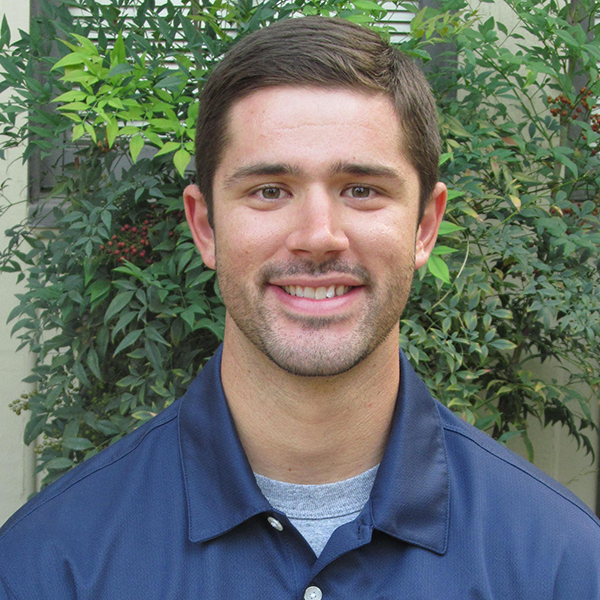 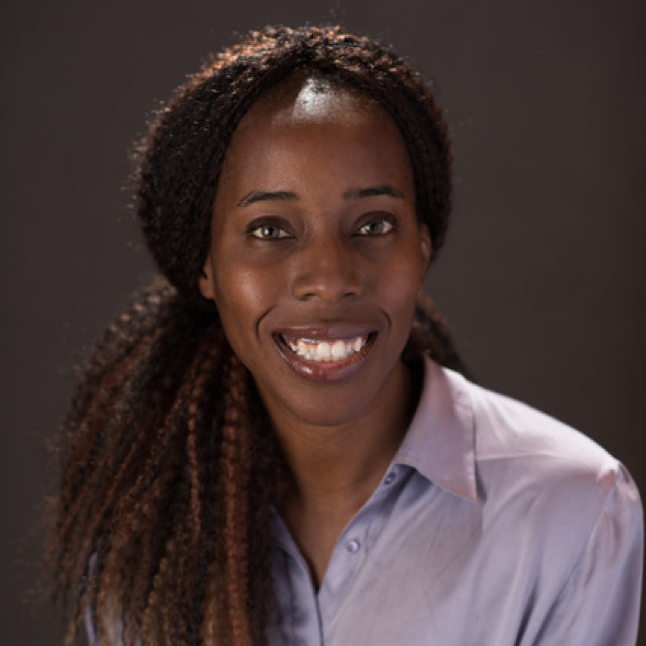 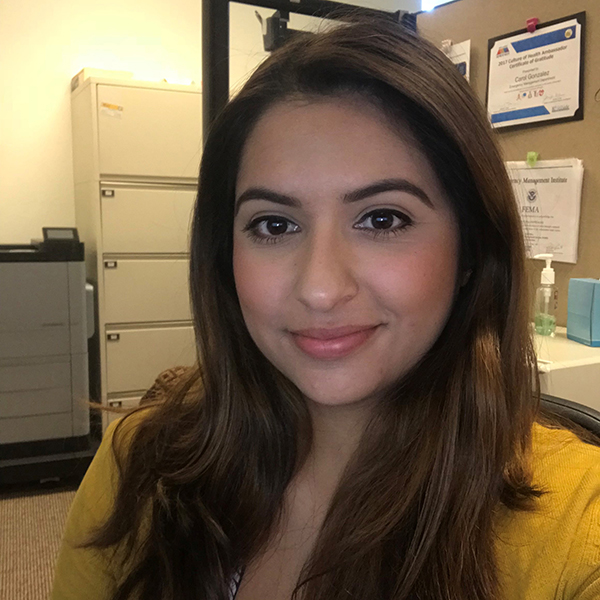